Who isn’t blogging about New Year’s resolutions at this time of year? “Here are mine, what are yours?” It’s tempting. But I’m going to try a slightly different tack. I’m sharing my Low Resolutions.

I’m borrowing a photography term here, though  I’m not sure I can define it. Low resolution means…not enough pixels? The image is a bit fuzzy. Easy to see what the picture is, but plenty of room for improvement.

Room for improvement is exactly what I’m leaving myself when I consider what I want to accomplish in 2014.  I’ve never been a shoot-for-the-moon gal. I’m more of a baby steps type, and last I checked, baby stepping isn’t a great way to go all lunar. But let me give an example. 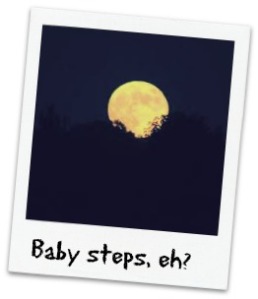 Within six months of leaving my teaching career, I could honestly say that I was living the dream. What was I doing? Working three days a week in a small bakery, making $10.50/hour, and spending the rest of my week writing, recreating, and doing volunteer activities. My “dream” was super low-key. The secret, for me, was keeping my objectives moderate.

Another example? When I started Kristen Lamb’s blogging class for writers last year, we were assigned to write our short and long- term goals (an assignment I very much appreciated). We had to post these goals online, and I noticed that most of my virtual classmates aspired, within three to five years, to be best-selling authors and prize winners in their genre.

My reaction: “Huh. Seems like signing up for disappointment. Why would I want to do that?”

Baby steps. By the end of February, my first novel will be published via CreateSpace, with a professionally-designed jacket. Three months later, it will have sold at least 100 copies. Three months after that, 200. Those are super-modest goals, I think. Which is why they’re achievable. Low Resolutions.

And while I’m at it, for tradition’s sake: I will lose three pounds by the end of January. (Lookin’ at YOU, tummy-fat.) 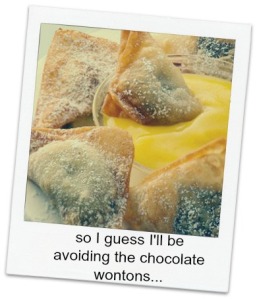 But see? Three pounds, not five. And not a word about bikinis. Keepin’ it REAL, as in realistic. That’s Low Resolution resolutions.

How about you? Got any Low Resolution resolutions for 2014 that you’d care to share? Or are you a believer in going BIG regardless?