The Garden Fairies are back.

I blogged about this a year ago, but it’s that season again. So for all of y’all who didn’t know Wing’s World in 2013, let me paint a quick picture.

My friend Susie has a HUGE, GINORMOUS garden. It’s actually a labyrinth whose winding paths enclose multiple circles of beautiful flowers and healing herbs. But the garden fairies are really only interested in the growing things, not the shape of their beds.

Like any gardener at this time of year, Susie struggles to keep her flowers one step ahead of the weeds. Like any gardener, Susie wishes she could find someone to help her with this endless-seeming chore.

But Susie is smarter than most gardeners, including myself. Susie doesn’t ask for “helpers” to “weed.” Susie invites “garden fairies” to a “garden fairy party.” Where we weed.

How brilliant is that? What woman doesn’t want to be a fairy, at least for a couple of hours? 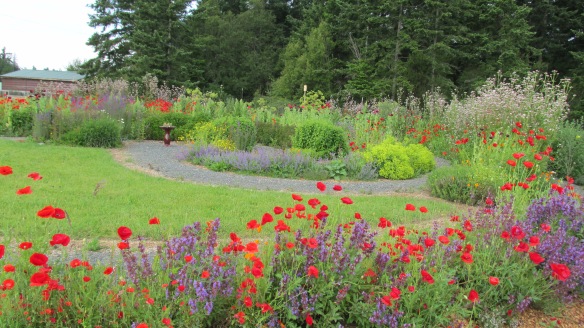 We weed, we talk, we feel good about ourselves, and then we have a potluck lunch. (These fairies need more than nectar, ok?)

Last year, after a few Garden Fairy Parties, I decided our fairy wings needed to be more than imaginary. So I got us some. 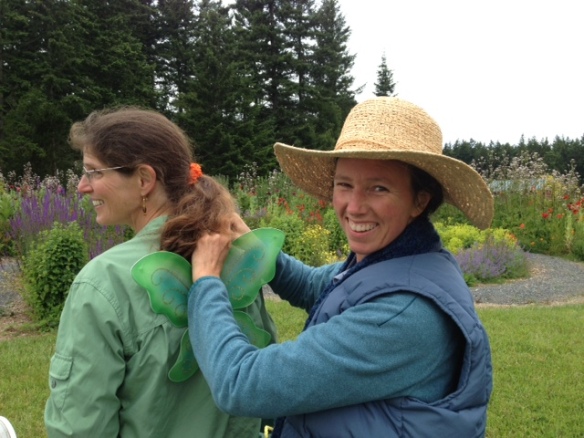 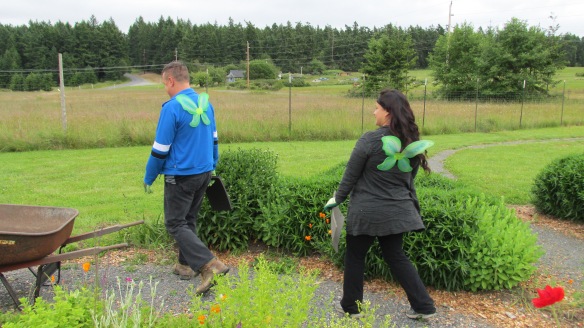 OK, truth be told, we don’t actually don our wings every time. They’re kind of a pain to pin on, turns out. But…we feel ’em anyway.

So think about it. Tom Sawyer made whitewashing a fence seem like the most fun a boy could have in the world. Susie makes weeding into a fanciful party. What crafty technique could YOU use to invite your friends into doing your humdrum work with you?