Potterheads know: nothing helps you recover from a brush with Dementors faster than a big hunk of dark chocolate. But most conventional chocolate sold these days passes through the hands of slaves in West Africa (especially Ivory Coast and Ghana)–many of those slaves children. That kind of misery only makes Dementors stronger.

But some Harry Potter fans combine a Gryffindorian fortitude with political savvy worthy of a Ravensclaw, and they have forced the Warner Bros. Company to switch to selling slavery-free, fair trade chocolate at all their Harry Potter venues.

On January 13, Yes! Magazine posted this story under the headline,

400,000 Harry Potter Fans—and J.K. Rowling—Just Won a Deal to Get Child Labor Out of Chocolate

The announcement comes after a four-year campaign by the fan activist group the Harry Potter Alliance (HPA), anti-slavery activists, and evenHarry Potter author J.K. Rowling herself, to convince the studio to stop buying cocoa from a company called Behr’s Chocolate, which has a poor record on human rights and child labor.

After years of pressure, Warner Bros. announced that by the end of 2015, “and sooner when possible,” all Harry Potter chocolate products sold at Warner Bros. outlets or their licensed partners will be ethically sourced.

The success is just the latest for the HPA, a group that mobilizes fans to follow the lead of their fictional hero and enact change in the world.

I LOVE it. As the article goes on to say, Harry Potter “stood up for vulnerable people who needed looking out for. For years, the HPA [Harry Potter Alliance] has helped fans focus that moral lens on the violence and abuses of their own world, big and small. In 2010, they raised more than $120,000 to send relief planes to Haiti after the earthquake. They have also collected more than 200,000 books to stock libraries around the world, and called out extreme economic inequality. For legions of followers inspired by Harry’s integrity, buying cocoa produced in exploitation and slapping a Harry Potter label on it was intolerable.”

Here’s what you see when you go to the Harry Potter Alliance homepage:

The Harry Potter Alliance turns fans into heroes. We’re changing the world by making activism accessible through the power of story. Since 2005, we’ve engaged millions of fans through our work for equality, human rights, and literacy. 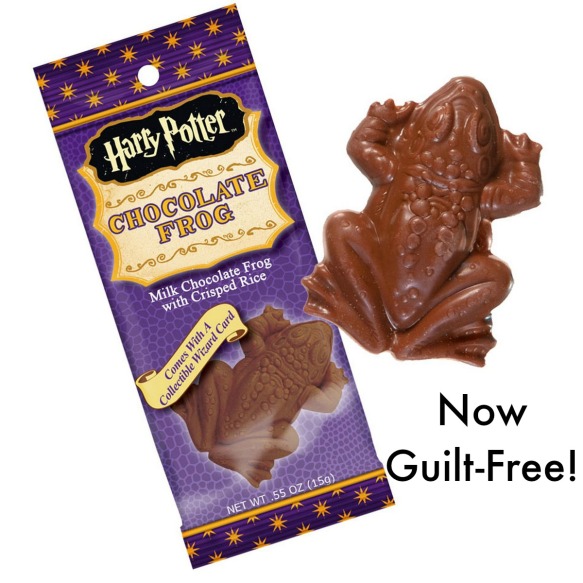 This Harry Potter fan says, well done. And thanks for the inspiration. And keep it up.

And for the rest of you, Potterheads or not…pass it on, okay? This is a wonderful story, but it could be the beginning of something much larger.