“When he was thirteen, my brother Jem had his arm badly broken above the elbow.”

Two points if you can identify the book and the speaker of that quote; an extra point for identifying its place in the novel. (Note to my former 10th grade English students: you better know this one!)

‘Course, my post title’s a bit of a giveaway. And it’s possible that I’ve quoted imperfectly. Thing is, that quote’s from memory. Want some more?

“Mockingbirds don’t do one thing but make music for us to enjoy.”

“You never really understand a person until you consider things from his point of view…until you climb into his skin and walk around in it.”

OK, that last one’s not particularly significant–except that it makes me laugh. Which I guess is significant. Considering that To Kill a Mockingbird is, nearly 55 years after publication, still the most widely-assigned piece of literature in American high schools (along with Huckleberry Finn and a few Shakespeare plays), the fact that this densely-written, theme-heavy book filled with challenging vocabulary is also FUNNY is a minor miracle.

Harper Lee only wrote the one book. For decades, rumors have floated about a second one, but nothing has ever come of them. Until now. We get a prequel! 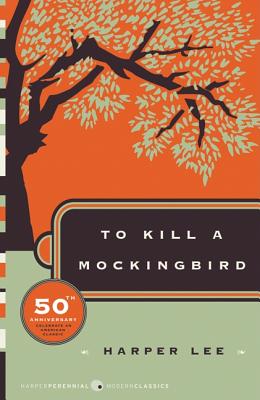 According to the New York Times, the recently-discovered manuscript of Go Set a Watchman “takes place 20 years later in the same fictional town, Maycomb, Ala., and unfolds as Jean Louise Finch, or Scout, the feisty child heroine of “To Kill a Mockingbird,” returns to visit her father. The novel, which is scheduled for release this July, tackles the racial tensions brewing in the South in the 1950s and delves into the complex relationship between father and daughter.”

The article goes on to say that Harper Lee wrote Go Set a Watchman first, but her editor, “captivated by the flashbacks to Scout’s childhood, told her to write a new book from the young heroine’s perspective and to set it during her childhood.”

And the rest is history.40 million copies sold, with a million still sold every year. Translated into 40 languages. Like I said–history.

When my husband, watching CNN, first told me of this news, I blurted, “That’s a literary bombshell!” He laughed. “Maybe to you English teachers…”

It’s true–I’m a lit nerd, and proud of it. All of us lit nerds are. But I can’t help thinking this is somewhat larger than us. This is an author whose career has been created–game, set, match–by A SINGLE BOOK, about which, famously, she has given no interviews for 50 years. And now–another book? This is much bigger than JK Rowling writing under a pseudonym.

I hope Go Set a Watchman doesn’t disappoint. Most of all, I hope its release doesn’t disappoint Ms. Lee. I hope all of us Mockingbird fans (even those who might have been forced to read it initially by a teacher like me) read it, have good discussions, and write Ms. Lee some more fan mail. But even if we don’t, let’s not speculate on or judge her motivations for releasing it now, at age 88. After all, “You never really understand a person until you consider things from his point of view…until you climb into his skin and walk around in it.”

What was your experience of To Kill a Mockingbird? Love, hate, don’t remember? Never read it? Well, lucky you. Just, if you can–read Chapter One aloud, in a Southern accent. Take it from a teacher–it’s so much better that way.

4 thoughts on “To Kill a Rumor About a Mockingbird: Have it Be True”