On September 6, the Mate and I celebrate 30 years of marriage. I don’t know what we’ll have for dinner. All I know is, it won’t be fried chicken. 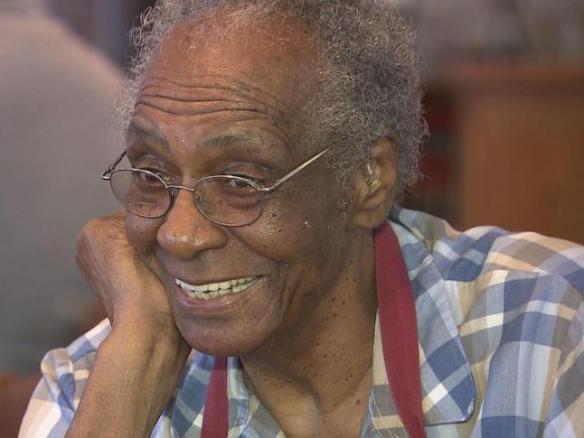 ***Sigh…might as well have spaghetti…***

Of course with fantastic fried chicken come all the fixins: fried okra, stewed greens and tomatoes, black-eyed peas, cornbread, biscuits, corn on the cob…Some folks would add mac ‘n’ cheese to this list, or Brunswick Stew, or pulled pork, but to me those are meals in themselves, demanding their own sides: cheese grits, home fries, slaw…OK, I’ll stop. 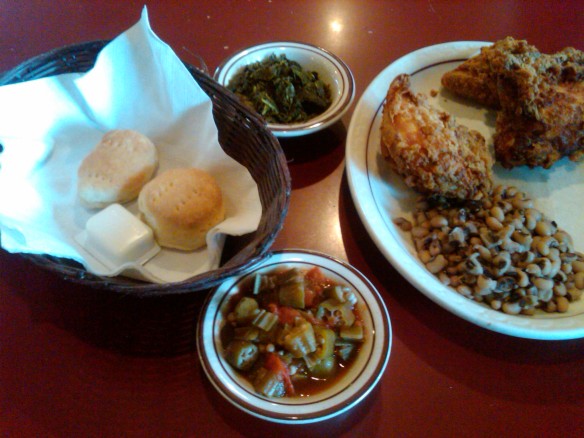 “Care for dessert?” Are you kidding? I’ll just start over with another meal. (courtesy Black Hair Media Forum)

The Mate and I are very health-conscious people. We’re lifelong athletes–in fact, distance running is how we met. But we LOVE our soul food. In fact, I love even the IDEA of soul food.

Here’s how Wikipedia defines it:

Soul food is a variety of cuisine originating in the Southeastern United States. It is common in areas with a history of slave-based plantations and has maintained popularity among the Black American and American Deep-South “cotton state” communities for centuries; it is now the most common regional cuisine in southern cities such as New Orleans, Louisiana, Charlotte, North Carolina, and Atlanta, Georgia. Soul food influences can be commonly found as far north as Richmond, Virginia, as far east as Jacksonville, Florida, and as far west as Houston, Texas. The expression “soul food” may have originated in the mid-1960s, when soul was a common word used to describe Black American culture (for example, soul music).

The Mate and I might not be southern by heritage; we might have abandoned the south to live all the way across the country. But Mama Dip’s chicken and okra and cornbread fed us and our 250 guests on a day of torrential September rain back in 1987, and that food and those memories continue to nourish us daily in this hard-work miracle known as marriage.

Since we can’t be in North Carolina on September 6, I’ve asked my parents, who still live there, to go out to Dip’s for us. Their own marriage is in its 63rd year. Guess they must have found some soul food of their own.

4 thoughts on “Real Soul Food: 30 Years of Marriage, and the Best Damn Fried Chicken in the Country”