Ever wonder what someone’s brain sounds like after ten straight hours of proofreading proofs?

Exactly what it says.

“Proof. Poof. Why do they sound so similar?”

“‘The proof is in the pudding!’ Shouldn’t that be, ‘The proof is in taking a BITE of the pudding?’ I mean, plenty of pudding LOOKS great, but don’t judge a pudding by its looks, right? That would be like judging a book by its cover. Which people shouldn’t do. Which is why I’m currently proofreading these proofs.”

“And you know when they say ‘pudding,’ they mean dessert, right? Those ol’ British Commonwealth types, they actually ask their mums, ‘What’s for pudding, then?'”

“Hope they get their just desserts. I mean puddings.”

“You know what else proofs? Bread. Or anything with yeast in it. That’s what we bakers call the rising part: proofing. Isn’t that the OPPOSITE of what I’m doing now? I’m poking holes in my own prose, deflating its presumptions of quality.”

“Or am I? I mean, proofing my proofs IS helping their overall quality rise in the long run, right? Well, yeah…but only after I make all those corrections. So the proofs have to flatten themselves in humiliation before they can rise. What’s the bread equivalent of proofreading?” 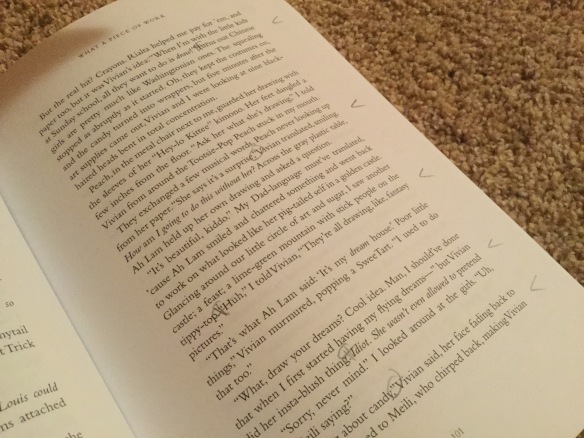 “Did you know that the German word for ‘test’ is ‘PRÜFUNG’? So guess where ‘proofing’ comes from? And, yup…’proving.’ All these words have to pass their test. Just like the bread does.”

“If I quit proofing these proofs too soon, will they go ‘poof’ and prove me a fool?”

“And don’t even start me on loafing puns.”