Here’s one of those “discovering” something that was always in plain sight stories. And of course it has a moral.

A few weeks ago I was walking my favorite woodsy path on our beautiful isle and my eyes came to rest on the trunk of a tree I must have passed literally HUNDREDS of times. “Funny,” I thought, “that looks like a juniper. But they don’t have junipers here.”

It’s true. Here in Ecotopia we have Western Red Cedar and we have Douglas Fir, but juniper’s an eastern thing. I knew right away this was something special. And that’s when I remembered hearing about a handful of ancient Pacific Yews still surviving on the south end of Lopez Island. I stepped in for a closer look. 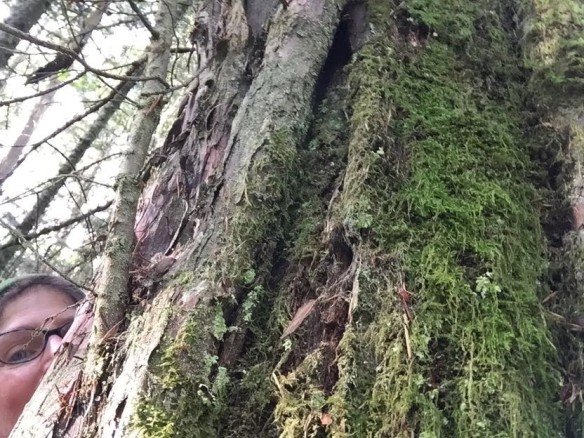 Thirty+ feet in height. Flat needles. Red bark. But the width–whoa! I couldn’t get my arms around the trunk, not by a long shot. My wing span’s a good 5 feet, so this trunk’s circumference could be 80 inches. And yet it looked SO modest, tucked into the larger forest, that I had ignored it for a good six years of walks. 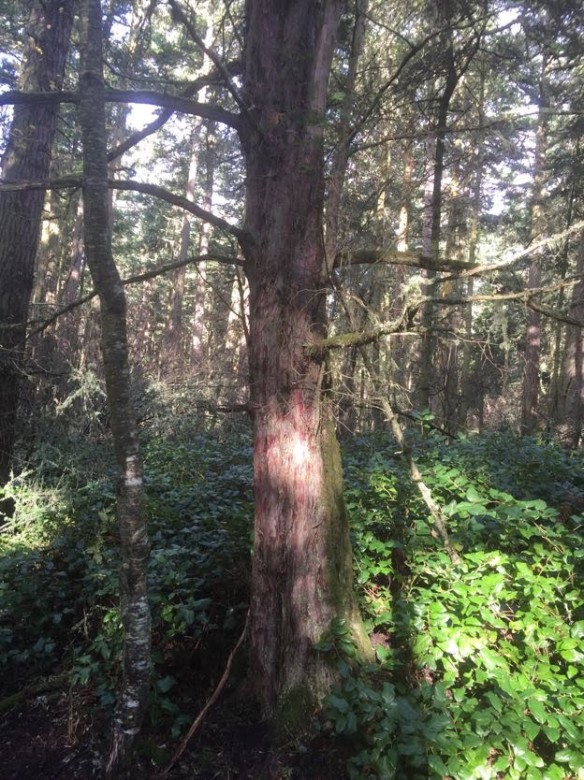 Not much to yew, is there?

A botanist friend tells me a yew this size is “hundreds of years” old. Impossible to tell how MANY hundreds, of course, but who cares? This unassuming tree, much smaller than the firs around it, could be their great-great-great grandma (overlooking the whole different genus thing, of course).

The obvious moral to this story is, PAY ATTENTION. Who knows what you may be walking past? The more subtle moral…well, several come to mind.

Perseverance and strength–the qualities of heroes–may come in drab packages.

Flashiness often distracts us from our best, truest role models. And of course…

Yew are who yew are.

Do you have your own story of an unobtrusive hero or role model you came to notice after much time? Do share, won’t yew?