What with COVID and nearly 200,000 miles, Ol’ Red started her retirement this year, as a hand-me-down to Son One. But I thought she deserved top billing today, seeing as 2013 was her debut. (Also the debut of the Subaru Cross-trek. Who knew what trend-setters we were?)

The only theme I can piece together from RT III is my own forgetfulness. Looking through the folder, all I notice is

a) I mistook, last post, in saying we’d explored the Everglades & the Keys in 2012. Nope–that was this trip, as you’ll see.

b) if I took any photos of our week in NC, they all seem to have disappeared

c) my memory gaps of that trip seem to equal the gaps in the photo history: go figure

But no point dwelling on my aging brain–let’s focus on what definitely DID happen, ok? Like kicking off the trip by meeting Adventure Buddies Tom & Kate in Sedona, AZ.

Sedona’s a bit “precious” from our point of view–too many art galleries, not enough federal park space. But what land is protected there is drop-dead gorgeous, and very (too?) accessible.

Further in the file, photos of friends in the Phoenix area prove we went through there, but next comes…Florida?! So maybe 2013 was another one of those years where we fled winter storms across the country as fast as possible, avoiding the temptations of scenery and recreation.

Not pictured: making mileage across (I’m guessing) I-20.

But in Florida we continued our exploration of its many, varied state parks, including this one boasting “Florida’s highest waterfall.”

Psych! Turns out the waterfall goes down into a sinkhole. So yes, technically, it’s 75 feet “high.”

We did then visit the Everglades, biking a really cool, bird-and-gator-filled loop…

I have kind of a thing for manatees, so we had to rent some kayaks and go find the big ol’ “sea cows.” Unfortunately the spot we chose was jammed with tour boats and snorkelers doing the same thing we were doing, while the poor manatees huddled in a roped-off area. I felt yucky about the whole thing.

After that, we visited friends on Key Largo. My favorite pic from that visit involved fish–stuffed with shrimp and baked en croute. One of our friends is an icthyologist, so he was in charge of making sure my dough depiction was accurate for grouper.

Another friend, in Northeast Florida, treated us to some wetland hikes that somewhat made up for degradation of the Everglades.

Now comes the big gap: our week in NC. Maybe the Tarheels lost in the first round of the ACC that year and I was too bummed to take pictures?

But clearly it was another year of cold northern weather, ’cause we headed home at the fairly low latitude of I-40. First stop, the Blue Ridge, for some hikes in what my east-coast soul thinks of as a beautiful winter forest, and my west-coast Mate thinks of as “dead.”

Remember Palo Duro from the last Road Trip? Crossing north Texas, we defaulted back there for a day hike.

Seriously, this place is way too pretty. I owe Texas all kinds of apologies.

One more stop along I-40, this time in Santa Rosa, NM: the Blue Hole. I was a bit skeptical, given the way it was pimped by billboards, but, well…

Cutting up past Las Vegas, we totally skipped the city for the region’s best feature (for people like us): Red Rocks State Park.

We must have then headed north on the east side of the Sierras, ’cause this can’t be anywhere but Mono Lake.

Another recreational stop in CA–Burney Falls, near Mt. Lassen–yielded this wonderful waterfall. I love the way the water seems to sprout right out of the ferns.

Thanks for riding along. Here’s hoping that Road Trip IV doesn’t demonstrate further erosion of my memory channels!

You’d think, after a month on the road, that we’d be heading straight home now–next stop, our dear evergreen Washington State.

Instead, we’ve diverged to Colorado. We have an adventure-buddy date.

Seven years ago, when our retirement from our primary careers turned us into annual road-trippers, we found kindred spirits in a pair of friends from North Carolina. On every trip since 2012, we have met our Adventure Buddies somewhere along the way. We rent a house for three days, take turns cooking, and go for lots of hikes.

A little late snow that year! 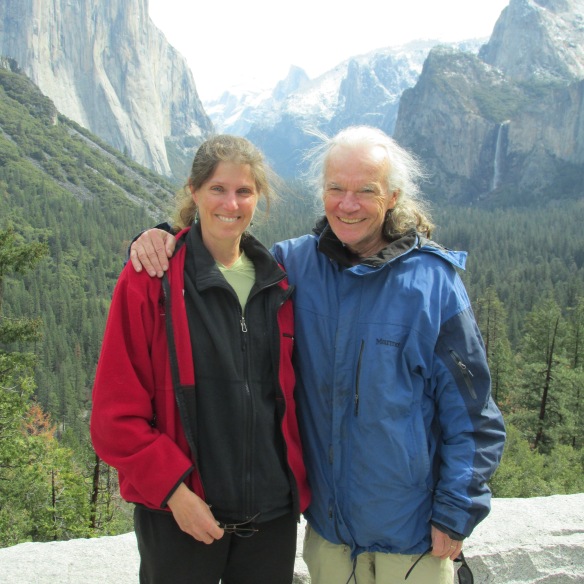 Who took this pic? Our Adventure Buddies, of course! 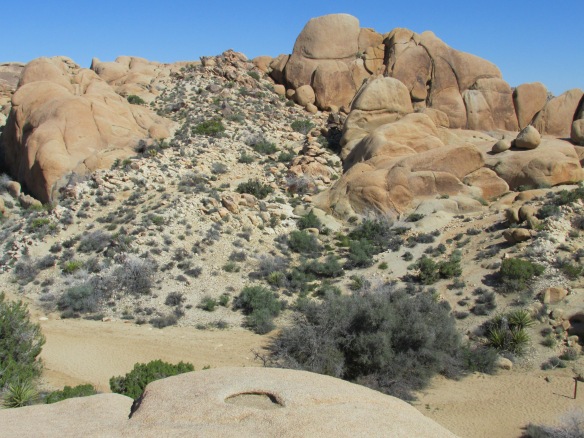 …and great Mexican food nearby too!

At the end of each day, we watch college basketball together, men’s and women’s. See, our buddies are Tarheel fans like us. North Carolina, remember? If we meet during the eastern portion of our trip, there are regular season games to watch. And if, as now, we meet in late March, there’s the NCAA championship. In the rare years that Carolina’s not in the Sweet 16–yes, we Tarheel fans are that spoiled–we can always root against Duke together.

So, this should be a perfect weekend, right? #1 seed Carolina’s in, playing this Friday. And Duke? They’ve already  lost to a lowly 15-seed.

Something I forgot to mention: these NC friends of ours moved to LA. As in UCLA. Whose team is also in the Sweet 16. Playing Friday.

Luckily for our mutual friendship, UNC and UCLA aren’t playing each other Friday. So we’re free to cheer for both.

If both couples’ sports-gods prayers are answered, both our teams will win. Then they have to face each other.

How ’bout that for a test of friendship?

I’d like to think that, on Friday, I’ll be wholeheartedly cheering for the UCLA Bruins to beat Kentucky. And I will be. Mostly.

But I gotta admit, more than a teensy part of me will be secretly hoping they lose. Just so we can all cheer on the Tarheels, together, on Sunday. If Carolina loses and UCLA wins, I’ll be a huge Bruins fan.

And if it comes to UNC-UCLA? I’ll be cheering first and foremost for our friendship. Of COURSE.  What kind of person do you think I am?    🙂