Serial blizzards in New England. Roller coaster temperatures across the South. And here in the Pacific Northwest, week after week of mid-50s days that are so nice most of us are getting nervous. Someone has to get to the bottom of this continental climate weirdness.

I volunteer. Starting February 21, I vow to drive (with The Mate) across this great country of ours until we a) solve the climate mystery, or b) watch a series of Tarheel basketball games while stuffing our faces with BBQ…whichever comes first.

Kidding. Of course. It’s time for ROAD TRIP V, that’s all! Who needs an excuse?

An explanation, however, might be useful for those of you new to Wing’s World. Here’s what I wrote a year ago about the roots of our annual pilgrimage:

I’ll start with my husband. Former professor at the University of North Carolina, therefore HUGE Tarheel basketball fan. When we moved to the Pacific Northwest 23 years ago, he continued to fly back every March to watch the ACC tournament with his friends.

During our sabbatical in New Zealand…yup. You got it. He still flew back. And when the underdog Tarheels WON that year, my husband became a legend among fans.

But he always hated the hassle of flying. So when he retired in 2010, he declared, “That’s it. From now on, I’m driving to Chapel Hill.” Then he uttered the fateful words: “You’ll come too, won’t you?”

And thus was born the Great Annual Cross-Country Road Trip. We are now about to begin our fourth. Along the way to NC and back, we’ll catch up with family members and long-lost friends, visit some national parks, and discover byways we never knew existed in places like, I don’t know, Oklahoma. 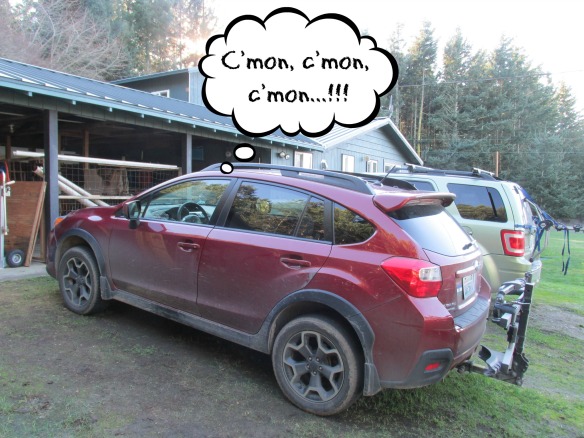 What awaits the Wings this year? All I can tell you is this: I’m an inveterate planner who feels happiest knowing exactly where I’ll be and when I’ll be there, months in advance. The Mate is not. If there’s one thing these Road Trips have taught us, it’s how to find a balance between our styles.

First of all, let me answer two questions. Yes, we are driving from Washington to Vermont in late November. And no, we don’t know what route we’re taking. (Mother Nature will let us know that.)

Wing Son Two announced this fall that he intends to stay indefinitely in Vermont, where he’s been working since graduating from college in June. The Mate & I instantly thought about joining him for Thanksgiving, since Son Two is living on a beautiful farm which belongs to some of The Mate’s cousins, a huge, delightful clan of whom we are very fond.

This created a dilemma, however: Wing Son One is still in California, where we’ve been spending all our Thanksgivings since both sons gravitated there after high school. Which son to spend the holiday with?

Then The Mate added another twist: “If we go to Vermont, I want to drive.” (He’s not scared of flying, he just loathes it. I’m sure none of you can relate to this, right?)

I vacillated. Who road trips across the northern latitudes on the cusp of winter? We’re already committed to our annual cross-country pilgrimage to North Carolina in Feb-March; can I handle THAT much trippage? On the other hand…we have time. Road trips are always a bonding experience for us, a huge part of our relationship. But what about Son One? 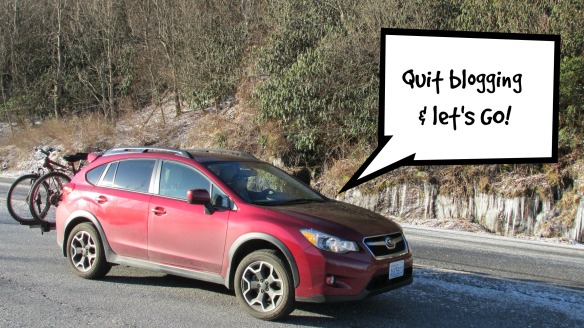 Son One, in fact, settled the matter. When I hesitantly invited him to join us, he surprised me by accepting. His job is ending now, his new one doesn’t start till January, and he apparently likes his parents enough to spend two weeks with them in a fairly small car.

Did I mention that Son One is 24? And not real good with the whole staying-in-touch-via-email-and-phone thing? I’d happily spend two weeks idling at a traffic light with him, catching up.

I haven’t done the math on the carbon emissions, but I’m pretty sure that driving three people in one car still uses less than flying three people in a plane. Monetarily, though, we may actually be coming out behind. Yes, plane tickets are expensive, but this trip will entail a good two weeks on the road. Usually when The Mate & I go, we camp and stay with friends more than half the time, but this trip will be different: faster, darker, colder, and much less predictable. We can’t really make dates with friends; cold-weather camping holds no appeal. We’ll be seeing the interior of a number of Days Inns, I expect, paying for three people each time. It’ll add up.

(and that was in Arizona, yet!)

Nah. I’ll be with my boys. I don’t care what happens. It just feels like Christmas came early this year.

Anyone else traveling this holiday season? How far, where to? Any mixed feelings there?

Since Wing’s World continues to be hijacked by a travel blogger for the duration of her road trip, I figure it’s time to focus some attention on…the road. Or more specifically, the vehicles and landscapes we’ve been looking at for the past couple thousand miles. For The Mate and me, the two coasts are all about visiting family, friends, and national parks, but in the middle of the country (with the exception of one newly-discovered cousin) it’s just us and the road.

And no Subarus. Our little Red Rover is feeling kinda alienated. Where’d all the Subarus go?

I’ll tell you where: Subaru Nation. A.k.a. Northern California to western Washington; New England; and the university-dominated sections of the Southeast, including my home state, North Carolina.

Outside of Subaru Nation, it’s all about trucks and SUVs. (Except in LA, where sports cars compete with Prius for Highest Degree of Cool.)

I’m telling you: I’ve driven across the country four years in a row, and I see a political pattern. Blue States? Subarus. Red states? No Subarus. (With the exception, again, of SoCal, and the Tarheel State, which seems to be backing away from its 2008 blueness at the speed of light.)

I don’t know if Democrats are more likely to buy Subarus, or if owning a Subaru exerts a subconscious pressure to buy Obama stickers. (It’s POSSIBLE, I suppose, that the issue is more complicated than this.) But if there are any Republican Subaru owners out there, I’d like to meet ’em.

Some other road observations:

Iowa gets a bad rap. Iowa is NOT flat. It’s beautifully rolling. Kansas, on the other hand? Pancake City. There’s a reason we’re taking I-80 instead of I-70.

Washington, my adopted, till-death-do-us-part state, has the best rest areas in the country.

It’s true. New England states, West Virginia and maybe a couple others in the northeast, have these “travel plazas” where you can pee, then refuel with Starbucks, McDonalds, or Dunkin Donuts. Most other states just have bathrooms, maybe a picnic area. (Half of Texas’s rest areas seemed closed, but then, everything in Texas is bigger, so maybe bladders are too.)

But Washington’s rest areas, at least on I-5? They have sweet little church ladies serving you coffee and cookies. For free. Well, you’re supposed to leave a donation, and everybody does, so those church ladies (or Elks, or Rotarians) probably earn a tidy little sum, which is why they do it, of course. But it doesn’t feel like that. When I wander over for a cup of tea, I feel like someone’s grandma has come out to the freeway to make sure I’m comfy. Thanks, Grandma! I miss you. I sure wish more states allowed you out on the road.

So, am I right about Subarus, or am I crazy? Or am I missing some rest area gems from a non-Washington state? Or have I offended any Kansans? Let me hear your own Interstate Observations.