Do you know what this plant is? 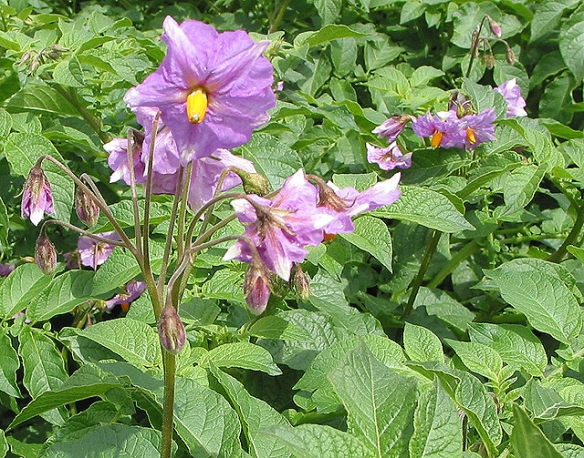 If yes, congrats. If no–don’t worry. I bet most Americans don’t. That’s why I was so pleasantly surprised when my third-grader “Little Sister” correctly identified it in my garden the other day. And that’s what gave me the idea of using salad as our weekly afternoon activity.

I’d been thinking we’d go for a walk, maybe climb on on some rocks and play pretend games–good, healthy stuff. But then we stopped to water my garden and I started asking her about plants.

She knew peas, broccoli, lettuce (not all the different kinds, but hey, she’s eight!), and kale. She even recognized carrot plants, though they’re nowhere near big enough to harvest. She recognized potato plants–yup, that’s what that picture’s of. She didn’t know arugula and she didn’t like it one bit either, but again–eight, people. I know I would’ve hated arugula at that age too.

“What’s that?” my little friend asked cautiously. She’s used to my hyperbole by now.

“That’s where you make a salad and try to set the world record for how many things to put in it. I think the current world record is, um…fourteen.”

“OK!” She liked the idea, and immediately began helping to gather peas, lettuce and baby kale. But no arugula.

Of course, not having planned this activity in advance, I didn’t have all that much salad-y stuff in my fridge. No tomatoes, no cabbage, no red onions. I did have carrots and an avocado, so in they went. We were  only up to nine.  So we had to get creative. I found an apple, and that led to a new category of salad-toppings.

“What about this? What is it?” In went a chopped-up apricot. To my disappointment she vetoed anything pickly or cheesy, but she was happy to use nuts, so we toasted some almonds and sunflower seeds. And she kept count.

“Fourteen…does lemon juice count?” We had squirted some on the avocado and apple chunks.

“I don’t think so,” I said. “But you know what would? Arugula.” I swear I wasn’t intentionally playing “gotcha.” But it worked anyway. Arugula brought us to 15 and set a new world (or at least south-end-of-our-little-island-on-a-given-day) salad record.

The reason my young friend is so knowledgeable about plants is that her school has a garden-to-table program, funded by grants and community fundraising. The kids are intimately involved in producing and preparing their own food, and they’re not scared of it. When I pick my Lil’ Sis up from school on Tuesdays during the school year, I frequently learn they ate squash soup or roasted cauliflower for lunch. At an American public school! Makes me proud.

But that wasn’t what I intended to write about. That salad that we made? It was the afternoon activity that kept on giving. When my little friend asked me why avocados were healthy, we googled it. That led to more googling, about the difference between “good fat” and “bad fat.” Then we googled Potassium and started learning about cell membranes. All from a salad!

At the end of our time together, I kept some of the salad for me and sent the rest home with her so she could teach her family about cell membranes. She may or may not remember that, but I know I learned something: fresh food is as good as a trip to the library when it comes to generating learning.

But now it’s your turn to weigh in. Did we aim too low? Should we have gone for 20? What else should we have put in that salad?

4 thoughts on “Are You Smarter Than a Third Grader? A Veggie IQ Test”