This will be the final post of Road Trip VI; after this, Wing’s World stops being a travel blog and morphs back into its un-pigeon-holeable self. Unlike past years, when I’d now be accompanying The Mate on the drive back across country, vowing never again to eat that much fried chicken and BBQ (until next year), I am actually home already, courtesy of Delta Airlines. Red Rover and The Mate are still faithfully road-tripping back to me, but my bakery is opening early this year under new management, and I opted to fly home early.

But I’m still gone to Carolina in my mind. Because the weather was so sweetly springy last week (for once), I spent a lot of time wandering around the grubby little farm I grew up on. In between cuddling Stevie, the World’s Cutest Donkey, I took some time to meditate on this fact: my family’s farm is slipping away…but not the way you might think.

Even cuter in real life!

My parents jump-started Carolina Friends School by donating land. That’s why I grew up next to CFS, and why I refer to it as “My Sister the School.” And since my real sisters and I have moved away and feel no desire to return to the South, our parents have decided that CFS will inherit all the rest–the pastures, the barn, the garden, the pond, and the house I grew up in. And, being wise people, they have already begun the bequest. 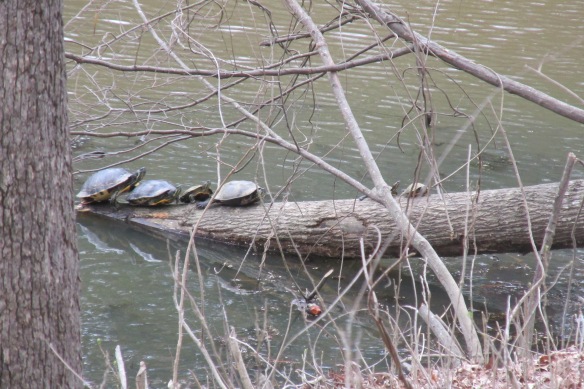 Slowly but surely, my sister the school is taking over the farm. Where dense piney woods once separated the pastures from the school buildings on the other side of the creek, now the construction of new athletic fields and a road to a future performing arts building have left only a handful of trees to delineate the old from the new.

It’s changed my whole mental geography. There’s no longer a “here” and a “there.” Now it’s “old” and “new,” but new gets newer every year I visit. My little sister is moving in. 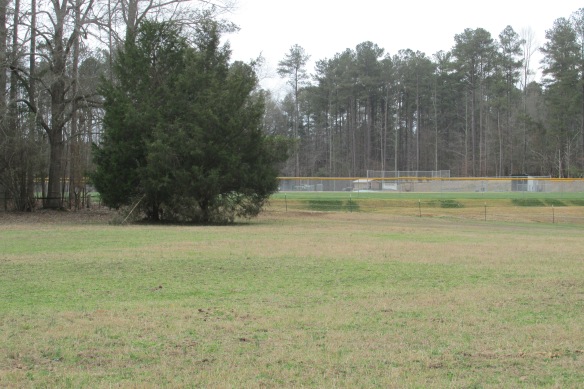 I hear the horses are learning to appreciate baseball.

Don’t get me wrong–I think this is great. It’s just weird. I know I’m lucky to have hung onto my childhood geography for over five decades. So few people get to do that! And now, I’m even luckier: rather than watch the Old Home Place fall into disrepair, I get to see it transformed, into classrooms or Quaker conference facilities, or whatever the CFS Board decides. 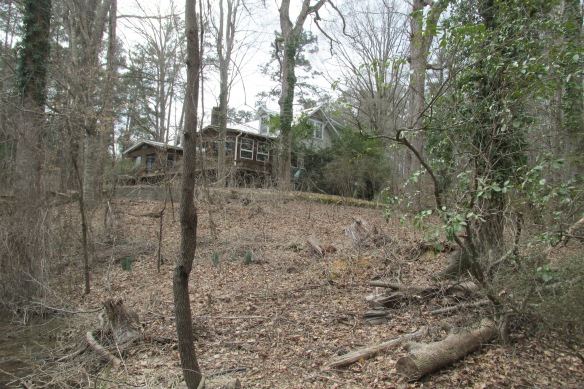 Come to think of it, those new roads are a good idea. Future Quaker educators might have a little trouble with my parents’ driveway.

My folks insist this is safe to drive across. Hey, it’s only a 20-foot drop on the other side!

So rather than singing “What Have They Done To the Old Home Place”, I’m looking forward to next year’s visit. Hey there, lil’ sis–my, how you’ve grown!