I know, I don’t write you often enough. As my adopted hometown, as my official Now I Am a Northwesterner Address, as the birthplace of my children, you have owned my heart since I first met you in the mid-80s. I love your grit, the hell-no-we’re-not-Seattle chip on your shoulder. I love all your big things: big trees, big ships, big trains, big Dome. Thanks for being you.

But Tacoma, you have a dark spot. No, I’m not talking about your Superfund sites–I know you’re working on those. I’m talking more a cancer, a symptom of our New American Normal of meanness. I’m talking about the Northwest Center for Detention, run by ICE in conjunction with GEO Group, a private prison firm.

The NWDC sits right smack in the middle of your industrial heart, Tacoma. And you know it. Your City Council approved it in 2004, and allowed its expansion in 2009. You probably know too about the hunger strikes that detainees have waged, on and off, since 2014, trying to improve conditions which our House Representative, Adam Smith, called “shocking.” 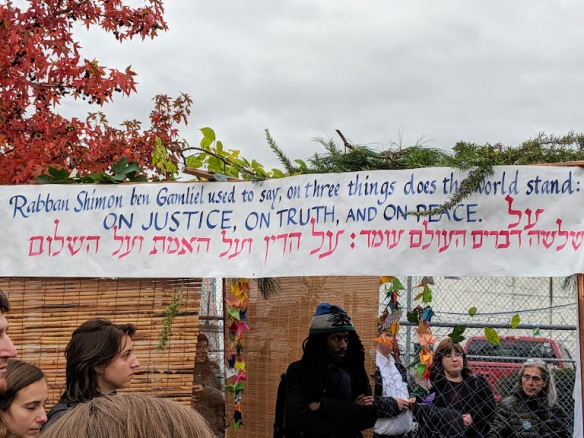 This particular demonstration was led by a synagogue from Seattle.

But I know you, Tacoma. I know you’d rather not think about the over 1,300 people locked up in your heart like hardcore prisoners for the crime of trying to live and work in this country, or fleeing violence in theirs, or both.

You know why I know how actively you’re avoiding thinking about those people, Tacoma? Because I’ve been doing the same thing. I’ve been REALLY good at it. Even though I moved away in 2010, I still consider myself a Tacoman at heart, and I haven’t even been aware of the NWDC until three years ago. And when I learned about it, did I take the time to learn why there were protesters out front? Did I do anything at all? 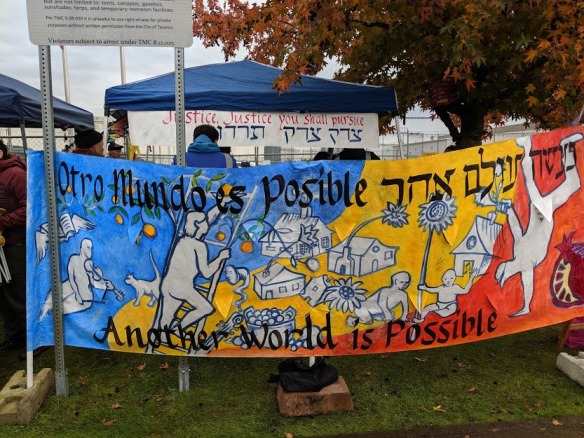 But Tacoma, that moment arrives when you have to look yourself in the mirror and stop pretending you don’t know about stuff you don’t want to think about. I had that moment a few months ago. It took me a long time to act on it for a number of reasons, but this past weekend I finally did. I joined the weekly protest run by La Resistencia. 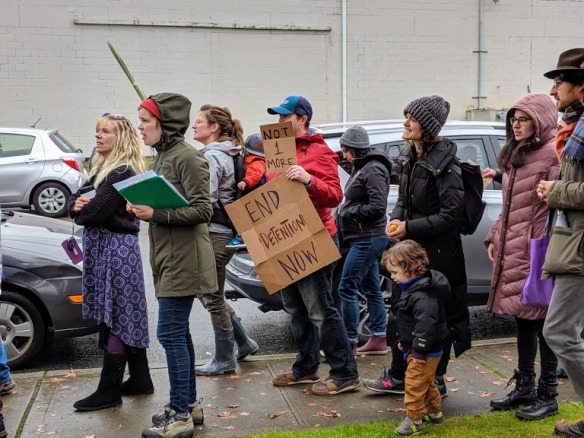 Most of these protesters are from Seattle, I’m sorry to say–not Tacoma.

I’m a slow learner, Tacoma. Now that I’ve finally made myself learn about the conditions inside the NWDC–the maggots in the food, the medical neglect, the lack of clean water, the reprisals against anyone who dares to complain–I can’t un-know these things. And I can’t not get involved, and raise my voice.

Which is why I’m writing you this letter, with deep affection. You are better than this, Tacoma. We are all better. If you are actively avoiding this ugliness–ANY ugliness–as I have done, your conscience knows why. 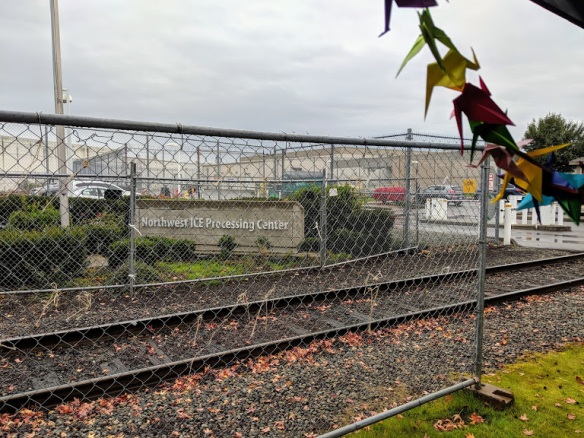 Paper cranes of hope, outside the gates.

PS: Please don’t just take my word for it. Here’s ICE’s own website. Here’s KUOW’s take on the NWDC, with photos. And here’s the perspective of the Northwest Immigrant Rights Project. 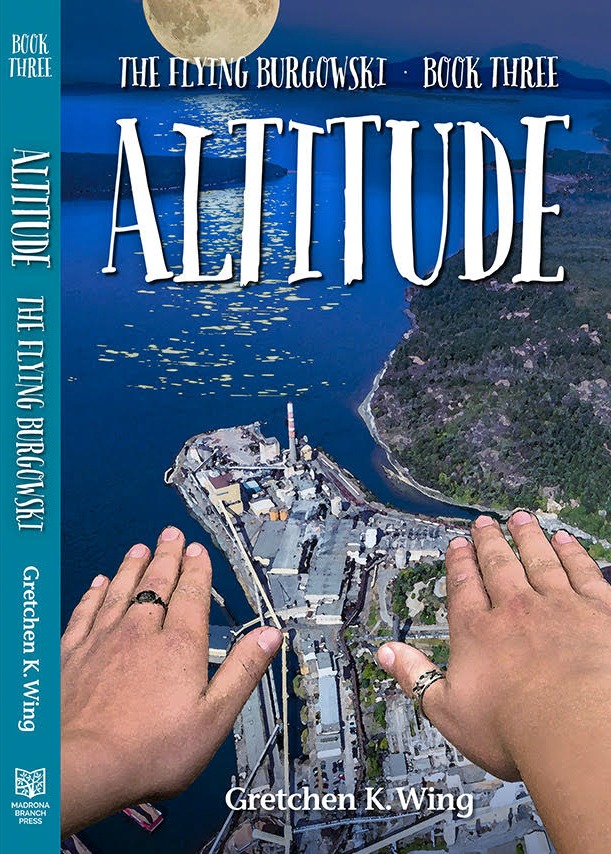