I don’t know what year Stella Moore Jayne was born, but I do know that she died of tuberculosis in 1924…just 16 years after giving birth to my grandmother, Edith Jayne. Her husband, William Jayne, died just a few months later in an auto accident, leaving Edith–or Dede, as she was called–an orphan. 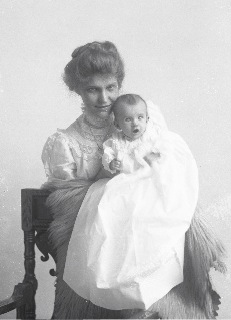 Dede Jayne Smith, my grandmother, was born in 1908. Unlike her parents, she lived to old age–to an incredible old age, in fact: 103 and a half. She died peacefully in 2012.

Why is this important to anyone but me and my family? It isn’t. And yet I made sure that a young friend of mine, who’s planning a wedding next fall, knew these details, because she will be using parts of both Stella’s and Dede’s wedding dresses to decorate her own.

Because I was the granddaughter who most enjoyed playing “dress-up,” Grandma Dede bequeathed these precious dresses, and other antique clothing, to me. But they were already falling apart by then, the delicate silk of bodice and skirt literally dissolving into sparkling flakes and filling the air with fairy dust.

Great-grandma Stella’s dress was probably made around 1904. Grandma Dede’s dates from the late 20s, probably 1929–the year of the Crash. You can definitely see a nod to flapper style.

Somewhere I have a picture of me in this dress, but it would come apart if I tried it now.

So the dresses are shot. But the lace? It might be more beautiful than ever.

Just look at that detail. Grandma Dede said it was made by French nuns.

Can we get a close-up?

That’s what I’m talking about.

All antiques are special, but some are more special than others. Antique clothing is more intimate than anything I can think of that lasts down the years: not only is it worn next to the skin, it absorbs the body’s sweat and smells. There’s a reason clothes are the hardest thing to part with after a loved one’s death.

Couldn’t resist including this one. The card says “Made in 1890.” The rose on the bodice is carved of ivory. Can you imagine the corset it would have taken to get into this?

And these dresses were worn on what was very likely the most exciting day, to date, of these women’s lives. (Too bad birthing gowns are not treasured in the same way as bridal gowns!)

So, because I can neither preserve nor wear them, I decided to up-cycle these dresses. But NOT anonymously.

I am beyond thrilled that Stella’s and Dede’s lace will live on in another wedding. I like to think of them as a blessing passed down from a century of womanhood. And I hope and trust that the new bride will remember their story as she sews it into her own.

If you’re like me, you HATE throwing away good food. The more you need to toss, the more you hate it. So imagine the loathing that accompanies needing to compost an entire 20×30″ pan of overbaked brownies, for example. This tragedy plays out all too commonly in commercial kitchens.

But it doesn’t have to!

At Holly B’s Bakery, we are becoming (we modestly think) the masters of up-cycling “useless” food. Let me give you three scrumptious examples.

Example #1: those overbaked brownies. We tossed them in the Cuisinart with a little butter to glue them back together, then pressed them into a buttered pan as a pre-baked crust…which we then proceeded to top with dulce de leche cheesecake filling. Sprinkle with sea salt…bake…heaven.

Honestly, it’s more like cheesecake frosting on a brownie. Only more so.

Example #2: over-toasted Cappucino Bars (our name for espresso shortbread with tiny chocolate chips and a cinnamon-espresso glaze). Once more into the “Cuize” with…wait for it…a glob of ganache (a.k.a. the essence of a truffle: dark chocolate melted with whipping cream). And a healthy dash of Kahlua. Form into balls, dip into more (much more!) ganache with toothpicks, and voila…Kahlua Truffle Balls.

Even better than they look. Seriously.

Example #3 isn’t due to an overbake, but rather a scraps problem. When you cut croissants from dough, you end up with bits. Lots of bits. What to do with them? After only a couple of weeks of croissant-making, we were drowning in bits.

So…we baked them. Note: please force yourself past this part of the process. If you stop here and just start eating warm croissant bits, all is lost. Don’t say I didn’t warn you. 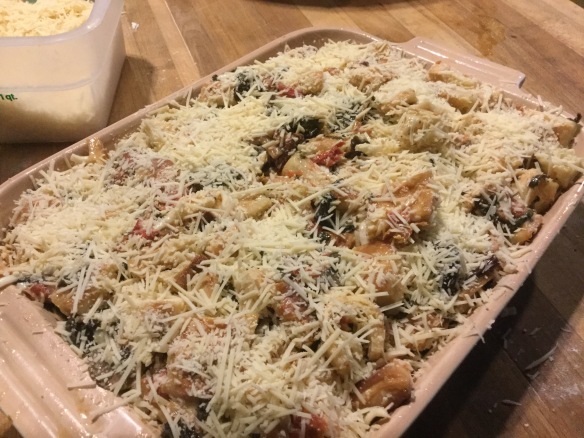 So…what do you think? Pretty droolly, right? Got any delightful/delicious food-upcycles of your own to share?