That’s NBCNews.com’s take on the current NFL scandal involving Richie Incognito. The article goes on to mention Martin’s 312-pound frame to underscore their point that bullying is more psychological than physical.

Point taken, NBC. But let’s look at the point you missed, shall we? This bullying was more about RACE than anything. Martin is Black; Incognito is White. The violent, threatening texts and phone messages received by the 2nd-year Miami Dolphins lineman were laced with vicious racial slurs and epithets.

That’s called hate, people. It might be combined with bullying, but it’s still hate.

Laying the two men’s career paths side by side provides such a textbook good boy/bad boy template, it’s almost a caricature. Martin, the son of a professor, attended Stanford; according to National Public Radio, had he gone with Harvard (his other choice), he would have been the first 4th-generation African American to attend.

Incognito (according to Wikipedia) was suspended from the University of Nebraska team, transferred to University of Oregon, and dismissed a week later. Yahoo!Sports reports that at least two NFL teams had listed Incognito on their “DNDC” list:  “Do Not Draft Due to Character.” Nice guy. 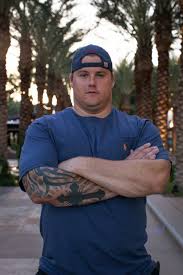 When I first got wind of this story–not being the least bit of a football fan, but being married to someone who embraces ALL sports–I expected the usual “boys will be boys, hazing happens” kind of reaction among the NFL. At first, I wasn’t disappointed.

“I would just say he’s a jokester kind of guy,” Garrard said. “A good guy, but like all of us, you want to have your fair shake of pranks and stuff like that. … It’s unfortunate. You never want it to get to a point where guys want to leave the team. You would hope other guys in the locker room would help police it. It’s one of those situations that’s sad to see.”(ESPN.com)

Yeah, real sad. Now can we get back to some football?

But here’s what’s cool. That sadly predictable reaction has been all but drowned out by the rest of the NFL, who are, to my amazement, taking this disgusting episode with the full seriousness that it deserves.

Take it away, ESPN.com:

“Incognito was suspended indefinitely by the Dolphins on Sunday night for conduct detrimental to the team. Meanwhile, the Miami Herald reported Monday that the team plans to cut ties with him.

“He’s done,” a team source told the newspaper. “There are procedures in place, and everyone wants to be fair. The NFL is involved. But from a club perspective he’ll never play another game here.”

In a statement announcing his suspension, the Dolphins said, “we believe in maintaining a culture of respect for one another and as a result we believe this decision is in the best interest of the organization at this time. As we noted earlier, we reached out to the NFL to conduct an objective and thorough review. We will continue to work with the league on this matter.”

Never thought I’d say this, but: You GO, Miami Dolphins.You actually get it.

That’s why I’m glad that Incognito, and the racist brutishness he represents, is no longer, well, incognito. When I grew up in North Carolina, segregation still flourished. I attended the first integrated school in NC because my parents co-founded it, not wanting their girls to go to segregated schools. They refused to accept the norm.

When I first taught English and we read To Kill a Mockingbird or The Adventures of Huckleberry Finn out loud, that ol’ n-word filled the classroom and we all just shrugged away anyone’s discomfort. Ten years later, we started challenging that norm, saying “n-word” instead. A few years after that, I instituted the phrase “black gentleman” as a substitute, to make an ironic point. My students, of all colors, loved killing that racist norm, one word at a time.

(Image from To Kill a Mockingbird film, courtesy thestarlite.com)

Once upon a time, not that many years ago, a slug like Richie Incognito would have made barely a ripple in the news. Now he’s about to get fired by an organization that pays people to beat on each other. Weird as it sounds, I call that progress, and I thank Mr. Incognito for being so “out there” with his racism that we can now use him as a benchmark.

What do you think? Is this event a step forward for mankind, or backward? Want to weigh in with your thoughts? As always, I’d love to hear.