So have you noticed that no one on the news can begin a sentence without the word “so”?

So this has been happening with such frequency on TV and radio news, from anchors to reporters to people-on-the-street-answering-questions, it has me wondering: where did this habit come from?

So they do it in a way that pays no attention to the meaning of the word, as in “thus” or “for that reason”. So they’re just saying “so” as a kind of motivational noise, like the grunt we older people make when rising from a sofa.

So it’s also not just newsy people priming their sentences with “so.” So it’s regular people, friends of mine…even, to my bemusement, myself!

(So if I hear The Mate say, “So I’ll be working on the gutters this morning,” I will consider that as a sign of impending Apocalypse.)

So it’s also showing up now in print, like on Facebook and blogs. So I’d give an example, but I don’t want to embarrass anyone. So keep an eye out for it, and you’ll soon see what I mean.

So, when did this start? (So did you notice–that time I actually used the word properly, logically, as in, “Okay, people, let’s think about this”?) 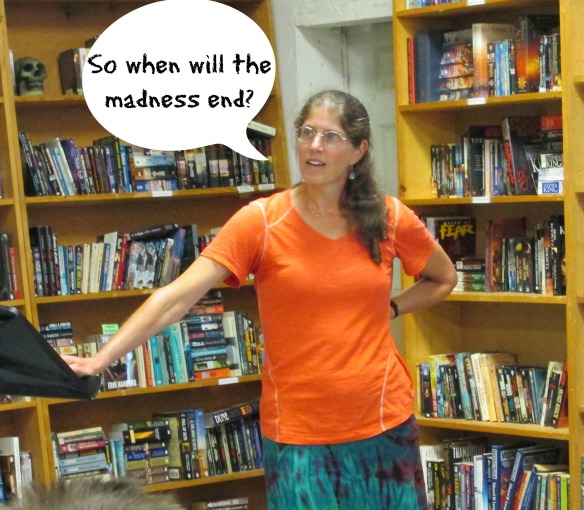 So I’m also wondering, is this just an American thing? So you folks in other countries, are you prefacing your English sentences with “so”?

So another question: what did we use as sentence skid-greasers before “so”? So was it “well”?

So what do you think?

11 thoughts on “Is “So” is the New “Well”? Fun Trends in Verbal Throat-Clearing”